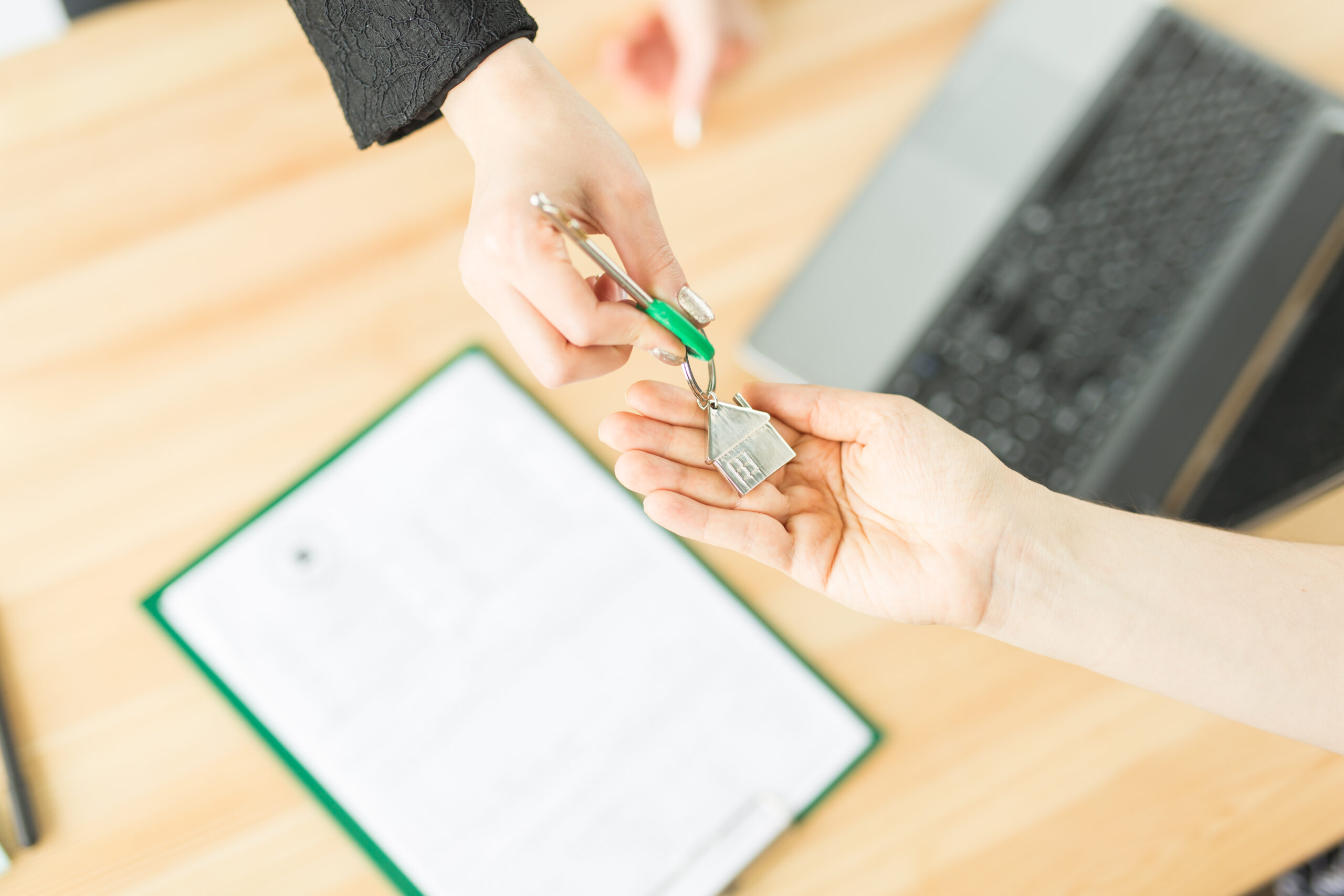 While the United States government has traditionally offered far less than its European counterparts in the area of a social safety net, subsidized housing (formerly known by its less-politically-palatable name, “public housing,” and of a piece with “affordable housing”) has been a fixture on the American landscape since the late 1930s. Every major city in the U.S. has a subsidized and/or affordable housing program, as do many smaller cities and municipalities.

But the manner in which the programs are administered has changed dramatically over the decades. Today, most affordable housing programs fall under Federal jurisdiction. Local or municipal bodies have been created to develop and administer the programs that offer financial and/or other types of assistance to people whose income falls below a particular threshold, but – notwithstanding private and not-for-profit programs – the money for affordable housing programs comes through the federal government.

Affordable housing programs have existed in Asheville and surrounding areas since 1940. While their approaches and methods vary widely, today a number of local not-for-profit agencies like Mountain Housing Opportunities do significant work in the area of affordable housing.

But in the area of federally-connected affordable housing in Asheville, HACA (Housing Authority of the City of Asheville) is the major player. After a shaky start, HACA got well underway with its mission in 1949. By the 1950s, much of HACA’s activities centered around public housing communities. Eventually, ten such developments would be constructed: The initiative began with Lee Walker Heights in 1950, followed by Pisgah View Apartments, Hillcrest Apartments, and others.

By the 1970s, the concept of public housing had largely fallen out of favor; in its place came a focus on Section 8 housing. Moving away from the model of the government being in the business of constructing affordable housing, the Section 8 program from the U.S. Department of Housing and Urban Development (HUD) meant that funds would instead be available to subsidize rent in privately-owned structures. As of 2008, about 4.8 million households in the United States take part in the Section 8 program.

As HACA explains on its website, the Authority is responsible for more than 1,500 units in its ten developments and nearly 250 “special program” units. HACA also administers the federal Housing Choice Voucher Program (part of Section 8), helping “more than 1,355 low-income individuals and families.” In May 2019, that first HACA development, Lee Walker Heights, was vacated; preliminary work has already begun on demolishing of the outdated physical structures, and in their place will be a modern, mixed-income community, with changes made to roads and access points making the development more a part of the larger Asheville community.

The need for affordable housing is acute across the nation; that’s especially true in Asheville. “There’s pretty much a critical shortage right now, and since the recovery from the Recession,” says David Nash, Chief Operating Officer at HACA. Nash says that the AirBnB phenomenon – in which landlords rent out to short-term guests at rates often three times the market rate for traditional renters – is making the affordable housing squeeze even tighter. But he makes a point of not assigning too much blame to any one root cause. “There’s very little available housing, period,” he says.

“Lots of people are moving to Asheville and need a place to stay,” Nash says. And that means that rentals – whether classified as “affordable” or not – command higher prices than before. Landlords can afford to raise rents, and houses for sale are going up and up in price.

With regard to Asheville’s affordable housing, Nash notes that there’s long been a NIMBY (“not in my back yard”) attitude in communities that discourages developments designed for lower-income people. “Particularly multi-family rental housing,” he says. “But I think that’s eased a little bit.”

He admits that both city and county are “still a long way from meeting the need, but I think they’re expanding their vision and funding to move in that direction.

“There’s always been a focus on expanding affordable options for people who are low-income working, elderly, or disabled,” Nash says. But in the earlier days of affordable housing initiatives in Asheville, different approaches were used. The urban renewal era was characterized by an approach of “tear down the old and build completely new neighborhoods,” Nash says.

In Asheville, a significant percentage of those who need affordable housing are elderly and/or dealing with disabilities. And Nash notes a demographic shift that has taken place locally in recent years. “The biggest demand that we have is for one-bedroom apartments,” he says. In Asheville, the typical size of a family needing affordable housing has been shrinking. “We have a waiting list of usually around 1200-1500 people,” Nash says. “And 80% of them are single individuals looking for affordable housing.”

HACA sees very few families with five or six members. “The average family that we serve is a two-person family,” Nash says. “One adult and one child.”

The affordable housing market can be divided into categories. “Deeply affordable” housing is usually subsidized by HUD or the Department of Agriculture, the latter case often in rural areas. There’s traditional public housing, but as Nash says, the HACA has “pretty much exited out of that at this point. We shifted all of our inventory to the Housing Choice Voucher or the Section 8 program.”

There are also project-based Section 8 programs that involve contracts between private owners and HUD, and there’s a Section 8 tenant-based program in which tenants rent from a private landlord who receives a government subsidy. Local examples of that last type include Battery Park Apartments and the Vanderbilt Apartments in downtown Asheville.

But the largest source of affordable housing comes via the Low-Income Housing Credit. Nash explains the program, which does not include rent subsidies: “The federal government offers tax credit to private investors, the investors put their money in the project, they recover that over a 10-year period with the tax credits, and then the property remains affordable – in almost all cases – for at least 30 years.”

“Affordable” is a measure based on the resident’s income, pegged variously at 30, 40, 50 or 60% of median income. The HACA publishes a document that outlines what “affordable gross rent” would be for residents with various income levels. For example, a bus driver employed 20 hours a week with Buncombe County Schools has a starting pay of $15.80 per hour; that works out to an annual income of $12,324. Should that individual seek affordable housing locally, his or her Affordable Gross Rent (including rent and utilities but without allowances for children and medial expense) would be $308.

At the other end of the scale a new recruit with the Asheville Police Department makes $17.17 an hour, and typically works 40 hours a week. For that individual, Affordable Gross Rent is set at $893.

The HACA doesn’t do projections on future demand; those tasks are shouldered by the city and county. “The city does have some projections,” he says. The City of Asheville commissioned a dense rental housing study five years ago, and the study’s findings are in the process of being updated. “They’re astronomical projections,” Nash says. “So, our focus is on doing what we can to move in that direction.”

Some potential landlords avoid the Section 8 program because of the perceived bureaucratic red tape involved. But Nash says that there is at least one major advantage. “Their rent is basically guaranteed by us.” And to help property owners concerned about damage, the HACA is working to set up a landlord mitigation fund. “If somebody experiences a major loss from the fault of the tenant, then we can help them cover that loss,” Nash says, hastening to add, “some people may have the perception that our participants are going to tear up their house, but any tenant could tear up a house. It doesn’t matter whether they’re subsidized or not.”

Nash provides more of a picture of the population seeking affordable housing locally. “A lot of the folks who live in subsidized housing are elderly or disabled; they’re not working. A lot of folks – about a third – are working and getting by on a low wage job, which in no way would allow them to afford to rent [at market prices] in Asheville. And then, there’s a group in between that could be working and isn’t. And we’re trying to work with those folks, too.”

Even if the country endures another recession – which could slow demand due to adult children moving back in with their parents, something that happened a lot during the last downturn – Nash says that demand for affordable housing “is just going to keep going up and up. We’re not getting close to meeting the demand or seeing it level off.”

Asheville Hotel Development: The Good, the Bad and the Ugly