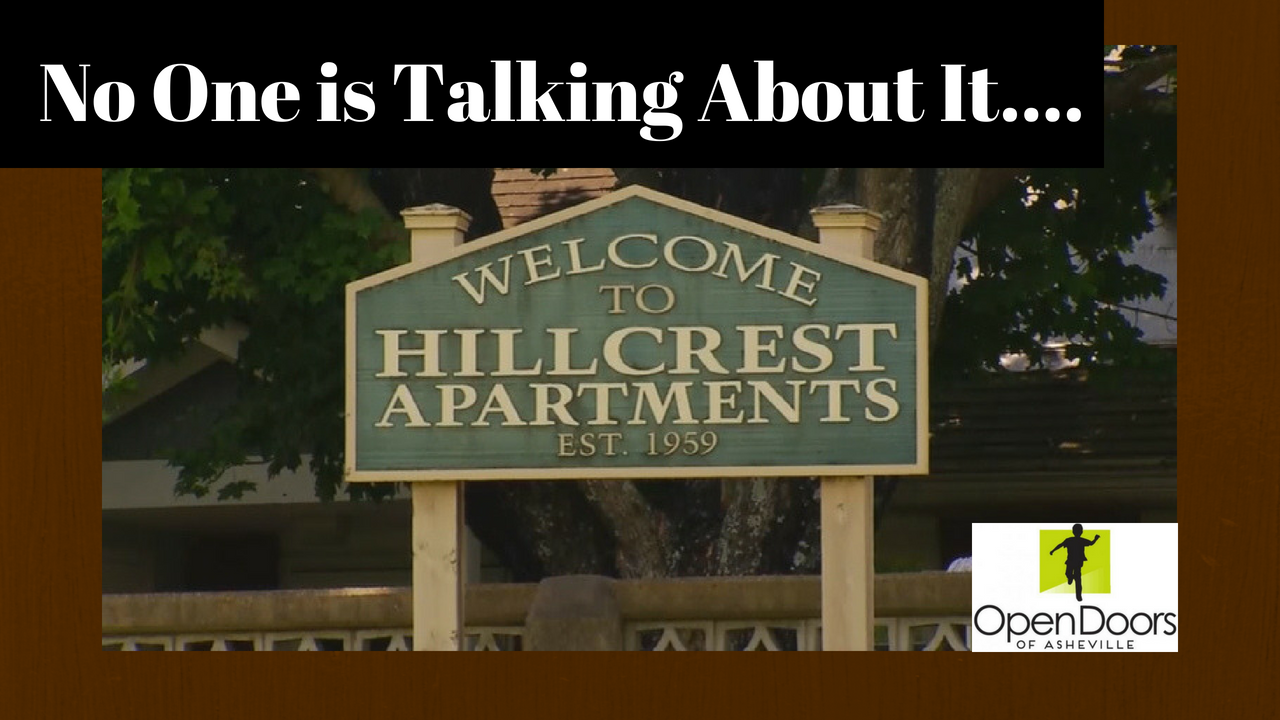 When she first arrived in Asheville, Jennifer Langdon Ramming was struck by what she saw as an almost idyllic sense of diversity.  Coming from relatively homogeneous parts of Vermont and Minnesota – “not from a town that had any discernible diversity at all” – , Ramming was excited to find herself and her family in an environment that, at first glance, celebrated and promoted diversity.  She was pleased by the prospect of exposing her family to a “blissful type of diversity,” but quickly learned that the reality was very different from how she had imagined that it would be. This realization led her to found OpenDoors Asheville, an organization that seeks to break the cycle of poverty through education and understanding.

This reality first came to light for Ramming when she began to volunteer in her son’s classroom.  She soon discovered that the students who were struggling tended to be those from the black community.  Her relative inexperience with the issues surrounding this disparity, she believes, helped her to be more aware and attuned to them:  “I wasn’t well-versed in issues around equity and access, which meant I could see the issues around equity and access, maybe more clearly.”

She cites one incident in particular as having sparked her interest in the ways in which poverty and social isolation can contribute to differences in opportunity and both academic and social success.  “I was asked to take three little boys out of the classroom because they were being disruptive,” she recalls of her son’s third-grade class, “and they were the only three little black boys in the classroom.  We went out in the hallway and I realized…that they didn’t even have sight words – they couldn’t read the basic ‘I,’ ‘Am,’ anything.” While this took her by surprise, it also brought to light how poverty and its perpetuation in isolated communities with unequal access to education and resources can affect even the youngest members of a community.

After this experience, Ramming began to look at the students’ home lives, to see how they lived and how they could be helped.  This pursuit brought her to Hillcrest, a public housing neighborhood in Asheville. Hillcrest, and public housing in general, was very different from what she had expected it to be.  “Public housing was supposed to be transitional,” she says, “and it’s not. If you are sequestered away in a gated community with only people who are under-resourced, who didn’t access the greater world, including education,” it’s impossible to know what possibilities are available in the world.  There’s nothing inherently wrong with the community, she says, but when its members are held in isolation across generations, it can be difficult for the cycle to be broken in order to allow them to participate fully in society.

Stricken by what she had found, Ramming began to work towards helping young people in the community gain the skills and resources they needed in order to break the cycle of poverty.  As a former advertising executive, she began to look at the students and their families as “accounts.” This enabled her to remain distanced enough to avoid emotional burnout while still becoming emotionally involved enough to truly care about the individuals and the communities with which she worked.  “Education is the foundation of everything we do,” she says, “and [this] keeps it at a level where I think you can manage it emotionally a little bit better.”

Ultimately, she says, breaking the cycle of poverty is about networking services.  It’s not just about the people immediately affected, but also about the people and organizations who are going to help solve the problems at hand.  Initially, those resources were difficult to gather – the program was tasked with keeping kids from drowning rather than teaching them to swim, metaphorically speaking.  It was, Ramming says, more about building up students’ self-determination to help them graduate high school than it was about the bigger things that the organization could help them do.  Focusing on this piece of the puzzle enabled OpenDoors to establish a foundation of trust within the community, and to learn how to relate to people whose experiences may have been very different from those of the organization’s members.  Once that foundation had been built, OpenDoors was able to establish itself as a “to-and-through college” program, with a goal of seeing its students not only graduate high school but go on to graduate from college. “Our mission has always been to break the cycle of poverty through education,” she says.

Of course, there’s far more to that goal than simple academics.  A major player in the ability of both students and adults to be successful is housing.  OpenDoors, like many organizations dealing with poverty and housing stability, takes a Housing First approach – you have to have a roof over your head before you can focus on anything else.  Unfortunately, not all roofs are equal, and there are a number of problems with the housing that those in poverty tend to be able to secure. “When you’re stuck in public housing…you can’t access the world like you could if you lived in independent housing,” ramming says.  Transportation is often difficult or too expensive to access, crime can be prevalent and create a dangerous environment, and transience may prevent the development of a cohesive community. All of these factors, she says, limit the ability to safely and effectively navigate the outside world and access the resources you need.

The idea is that public housing serves as a transition to move people into independent housing, ultimately allowing them to escape these issues and limitations, but it usually doesn’t function in that way, according to Ramming.  People often find themselves trapped in public housing due to a scarcity of other options or resources with which to access those alternatives; Section 8 housing, for example, can be a solid next step for families to move out of public housing, but vouchers are scarce and difficult to obtain or maintain without internet access, transportation, literacy, a clean criminal background, and other limiting factors.

With these issues in mind, OpenDoors strives to take proactive steps to help individuals and families move through the process.  “The things that we tackle usually first and foremost are access to forms…and deadlines…and follow-through.” While these may seem like small things, they can make all the difference – by knowing the rules, learning how to present yourself, and securing reliable and safe transportation, a “whole-person solution” can be achieved to not just interrupt but break the cycle of poverty.

Of course, none of this is possible without a team of people who want to help.  So how can you get involved in this or another similar initiative? Ramming suggests, first, that everyone go through equity training – this doesn’t necessarily have to be a formal educational program, but rather some type of training that can help individuals learn to communicate effectively and respectfully across cultures.  She also advises that everyone become a spokesperson – be aware of your community, she says, and spea out about what you see. Even if the neighborhood in which you live isn’t especially diverse, you can make a conscious effort to diversify the rest of your life. Question how diversity or a lack thereof affects your life, she suggests, and then work towards embracing diversity in the community as a whole.

The Psychology Behind Negotiation

Pursuing the Passion For Real Estate