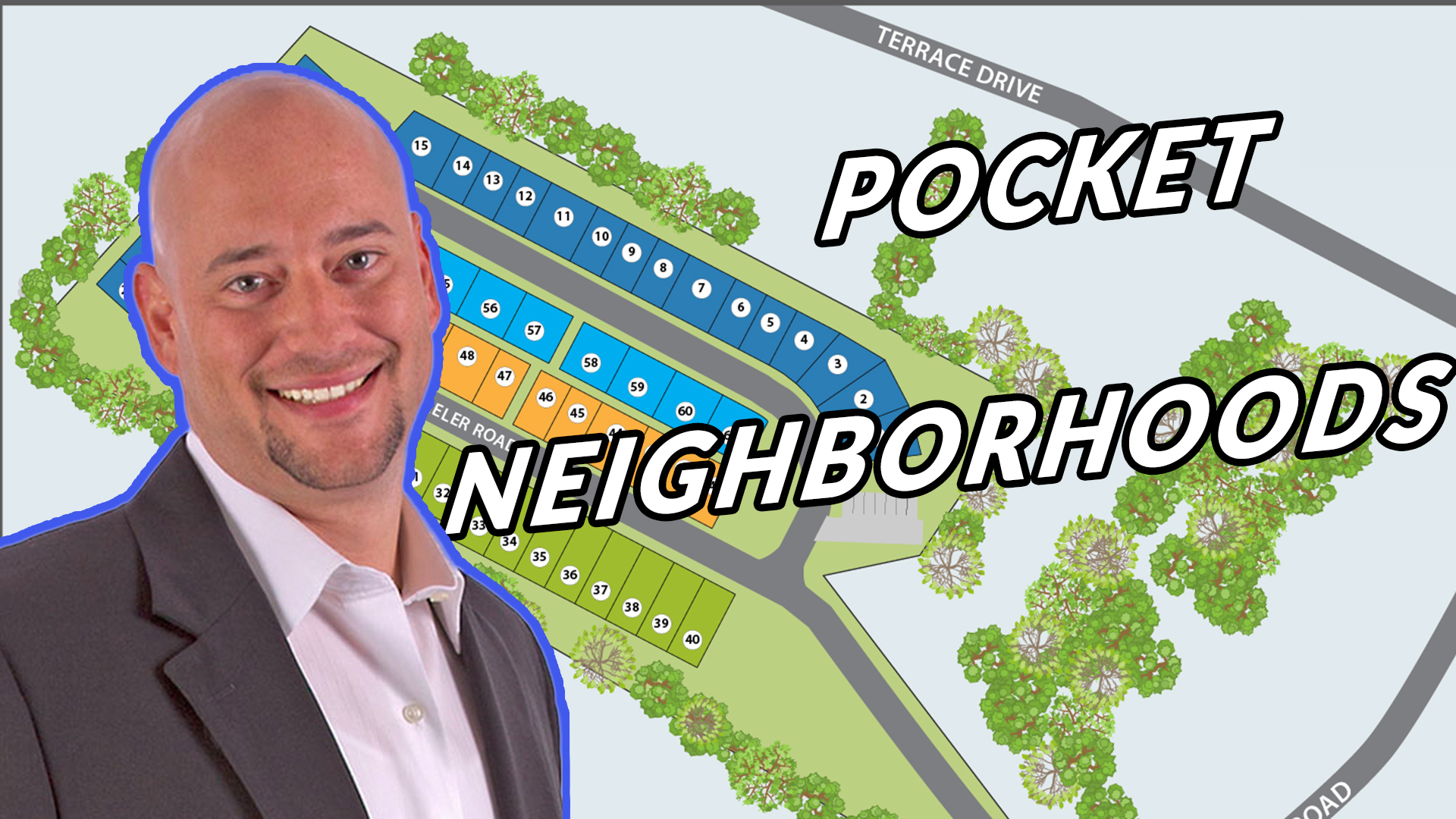 Driving through many of the more densely populated areas of Asheville and its surrounding cities and towns, you’re likely to notice a trend – houses are getting smaller and, in many cases, closer together. These communities of small homes are often referred to as pocket neighborhoods. Pocket neighborhoods are less expensive to get into than traditional neighborhoods, he says, and the cost of maintenance is generally lower as well. Mike Romero, a real estate agent with Trillium Real Estate, has seen the popularity of pocket neighborhoods increase firsthand, and has helped to contribute to their growth in the Asheville real estate market.

Romero, who first visited Asheville over 20 years ago, has seen significant change in the area over the course of two decades. Asheville is very different today than it was then, he says, but “it still has the magic that it did when I was here for the first time, just with a lot more rooftop bars.”  Having begun his career in the restaurant and nightclub industry, this is the perfect mix of old and new in Romero’s book. “It’s been fun to watch the area grow.”

After moving to Asheville, Romero entered the real estate industry – just as the recession was beginning.  It was a tough time to be building a clientele, but, he says, it taught him a lot of lessons. “[Agents who worked during the recession] just have a different work mentality,” he says, “because we had to work so much harder for the deal.”  This, according to Romero, is part of what makes real estate such a rewarding business to be in – “this is a business that gives you back.”

Since his start, Romero has seen massive change in the Asheville real estate market.  As the economy began to recover, the market took a sharp swing in the opposite direction to become the strong sellers’ market we see today.  In Romero’s estimation, things aren’t likely to change sharply in the near future, but he does foresee the market stabilizing and levelling off a bit.  There will still be a lot of buyers, he predicts, but those buyers will have more options and therefore more leverage than they do in the current market.

Having seen such change in the Asheville real estate market over the course of his career, Romero has learned a number of lessons and established a few life lessons that he often passes on to newer agents.  Most importantly, he says, “find your sandbox – find the place where you like to play the most, and play there.” A lot of new agents just getting into the business are willing to work in any aspect of real estate in order to make ends meet.  That’s fine, Romero says, and admits to doing so himself, but suggests that, when financially feasible, agents should try to find their niche – that is, find what they’re really good at and hone in on it. If you enjoy what you do, he says, you’ll get to know that niche well and become really good at it.  That, he says, is your sandbox.

For Romero, his sandbox was working with developers.  “There was something about development and construction that just always had my attention,” he says, and he was able to begin building that into his niche when a fellow agent working with a developer came to him for advice and ultimately asked him to help with another project that the developer was working on.  While that project didn’t take off – Romero didn’t sell a single lot – he did realize that this was the niche in which he belonged – his sandbox.

Once he discovered this niche, it was only a matter of time before Romero became involved in affordable housing opportunities like pocket neighborhoods.  Romero has sat on the board for Mountain Housing Opportunities for a significant period of time, and through that experience has met several people with whom he saw himself working on a project.  They had the concept of a pocket neighborhood in Asheville, and it immediately piqued his interests. Pocket neighborhoods, he saw, were a way to bring more affordable housing to the market, in a way that would appeal to a wide spread of people.

“This concept was essentially new to me,” he says, but he saw the potential while driving through the city helping a friend look for a home to purchase.  His friend, who was looking to simplify and downsize, had the same complaint about most of the homes they saw – they were simply too big, and too much work to maintain.  Rather than looking for a large home in which to house his belongings along with himself, Romero’s friend was looking for a home base from which to get outdoors, travel, and so forth, while maintaining a sense of community and developing relationships with neighbors.  In working with his friend, Romero came to a realization: “I thought ‘my gosh, all these people want the same thing – they’re looking for community.’” People buy community, Romero says; they buy a feeling. They want to be a part of a community, not just a neighborhood.

Upon coming to this conclusion, Romero went to the business partner he’d connected with through Mountain Housing Opportunities and suggested to her that they look at developing not just housing but communities – pocket neighborhoods.

But what exactly is a pocket neighborhood?  “Typically,” Romero says, it consists of “between ten to fifteen homes…some type of green space…that is closer to an amenity.”  Rather than focusing on creating separate spaces for people to live in, he says, these neighborhoods are generally about “creating a sense of community.”  The majority of buyers in this type of neighborhood, in Romero’s experience, are first-time buyers or people looking to downsize. These are people who want to be close to their neighbors, and who don’t want things to be overly complicated.  “The type of person that picks a pocket neighborhood,” Romero says, “they want to simplify their life.”

Because there are so many individuals with this goal in the Asheville area, Romero and his partner are trying to find as many pockets as they possibly can in Asheville and the surrounding areas.  Pocket neighborhoods are less expensive to get into than traditional neighborhoods, he says, and the cost of maintenance is generally lower as well. This makes them perfect for many buyers – but, of course, not for everyone.  According to Romero, those who are best suited to a pocket neighborhood are, often, the pre-kid and post-kid crowds – those who don’t yet need the extra space for children, and those whose children have left the nest.

Regardless of reason, though, Romero hopes to create enough pocket neighborhoods in the Asheville area that anyone who is looking for a simple and community-oriented real estate experience can find the pocket neighborhood that suits their needs.

To learn more about Mike Romero and pocket neighborhoods, connect with @AshevilleMike on Instagram.  To view one of his current projects and see what all the buzz is about, visit BarkleyTerrace.com!

The Eviction Moratorium Continues — Is That Good News?

Cover Your Assets With The Right Insurance