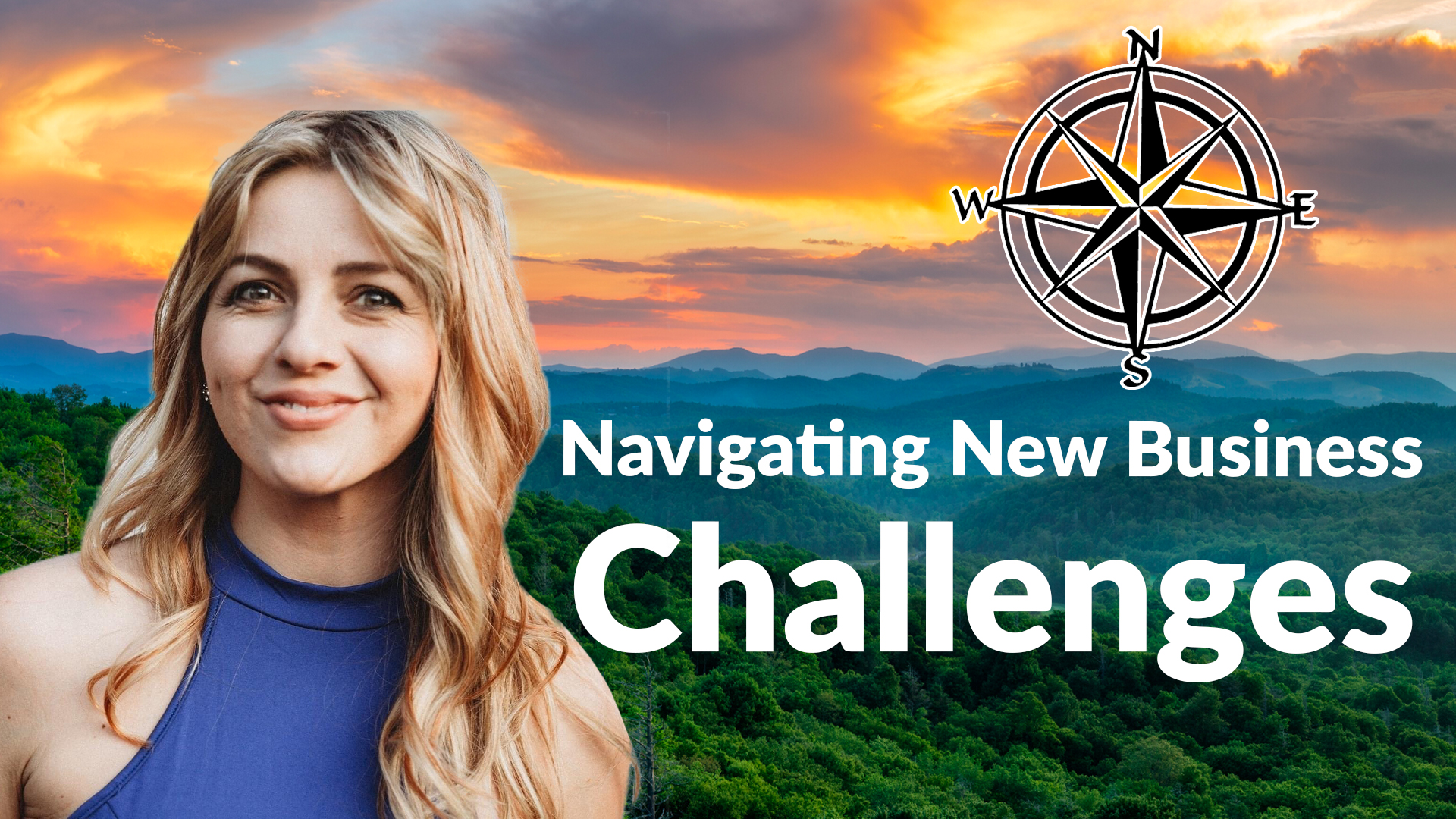 Start a business for success, then pivot for happiness—that’s what Elena Huggins did. The local business owner of Luxe Wedding Designs told us about her success in the industry and how she adjusted her business to allow for personal growth.

Elena’s family immigrated to the US in the 1980s, then moved to Asheville in 1994. They lived in West Asheville, and were not allowed to go downtown due to the dangerous activities there. Like most locals of that era, she and her friends cruised Patton Avenue for fun on Friday nights. She lived in Australia and Florida but returned to the area and now lives outside Asheville. Elena has seen the amazing changes Asheville has gone through as well as the growing pains.

She got into the wedding business by accident about 15 years ago when someone threw her into a wedding in crisis. Elena had to fix the decor and work with the bride to make sure the event went smoothly. She’s also worked in the nonprofit and corporate sector, always in events. After working with other companies, she decided to start her own company three years ago. She began as simply a wedding planner, but soon evolved to include floral, decor and design.

As a single mother, Elena was living below the poverty level, working two jobs and launching her new business. Luckily, her business proved successful within the first year. In the second year, she incorporated floral design and creation into the company, which was new to her but became her signature.

Why start a business?

Before starting her own business, Elena had become sick of struggling. The process of gaining full custody of her two young children was a turning point. As Elena said, “it became all me.” That was the moment she realized failure is not an option and there is no safety net. She was determined and knew she’d succeed. As wedding bookings increased, she was able to leave her 9-5 job and focus on the new business full-time. Leaving that stability was definitely nerve-wracking, but she felt freedom and confidence wash over her.

With her backup gone, she knew she had to make it work. During that time, Elena jumped through many personal hurdles. Although it was strange planning weddings for others while going through a divorce, she doesn’t ascribe to the theory that giving to others will take away from her. She was healing in that process.

Gradually, Elena realized her new business was taking off and becoming so busy she turned clients away. She was able to broaden her scope and shift from Elena Designs to Luxe, a pivot that allowed her to pull in more people.

Tourism and growth in Asheville

Most of Elena’s clients are not from here. It used to be 80% locals, and now it’s almost 90% out-of-towners. As real estate prices rise in Asheville and wages stagnate, this is profitable for her industry. Is it good for the local economy? Elena says she doesn’t struggle with that issue. There is a price to pay for expansion. Yes, locals are being pushed out due to lack of job opportunity and professional community. But she believes entrepreneurs have a good opportunity to flourish.

At the end of the day, the wedding industry boosts many different sectors in Asheville, including catering, boutiques, and hotels. In order to sustain what we have in Asheville, Elena says, you need people coming in.

The pandemic was a shock to everybody. In March, the COVID news began breaking, and Elena  assured brides it wouldn’t be an issue…but it was. It struck a huge blow to the wedding industry. Elena estimates she lost 70% of her business in 2020. The business she did get was from elopements and other types of small-scale weddings.

There were moments of panic, seeing client after client cancel and drop off the schedule. However, Elena trusts in her religion that things will be ok, and enjoyed the extra time with her children. COVID forced her to stop and reassess. She realized she was growing her business to escape it at some point, to have a business she could sell and move on.

Elena felt forced to look at what feeds her soul. How can she restructure in a way that brings her joy? Keep the aspects of the business that she enjoys and change what she didn’t.

Instead of following the always-working mindset, she decided to balance her time more effectively for her happiness. Sometimes pivoting feels counter-intuitive or difficult for entrepreneurs because it forces them to start anew. Camping in the same success zone forever won’t be effective. You have to change and grow with the times.

We are multifaceted people, and a business can sometimes force you to hone in just one facet. But instead of being controlled by the niche of her business, Elena decided to create room for the others. One such pursuit was creating an online course in wedding design. Elena also got back involved with nonprofits.

A professional public speaker, she went  back to school to advance that. She has overcome a lot, and she wants to use it as a teaching tool to help others. She now calls herself “Elena the Design Therapist” because you can design more than a home or wedding: design your life, your marriage, etc. It’s a holistic approach.She still loves wedding planning and designing, and is allowing others to have more freedom within her company.

If you have a strong enough goal and the right mindset, you can design your life. Elena recommends that everyone take a step back and breathe, search your soul and reassess. You can realize a lot, and creativity rises from struggle. Connect with Elena at Luxe Wedding Designs or elenathedesigntherapist.com.

Jeff Stewart and the Impact Mindset

Trusts, Wills, and Estates: Plan Ahead!