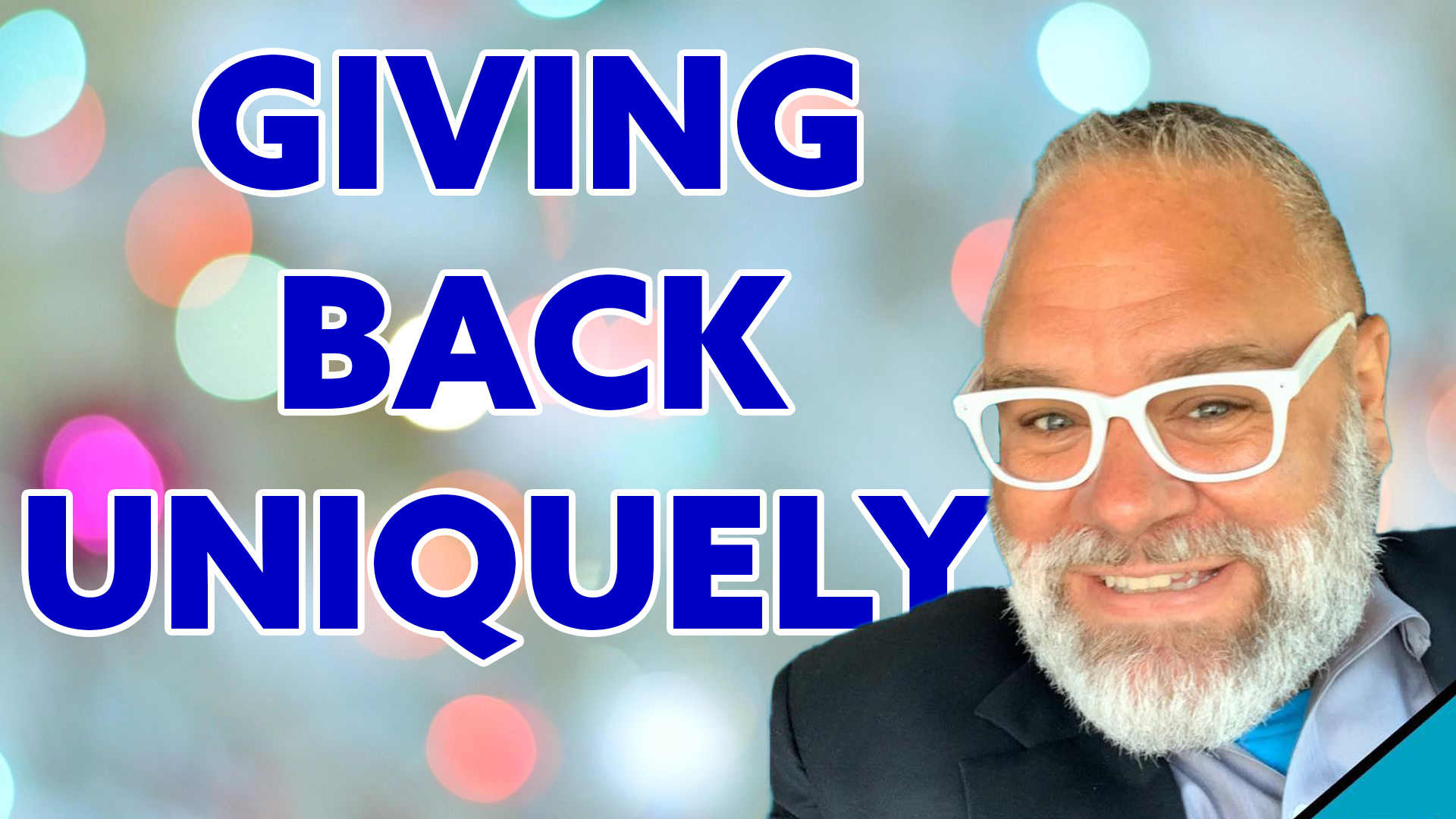 How do you give back? Asheville business owner Ferrin Cole volunteers in a unique and intentional  way, supporting a variety of nonprofits.

Ferrin Cole owns the Fox N Otter escape rooms with his wife and runs AVL City Care on a volunteer basis. A resident in WNC for 11 years, the former pastor and social services worker retained his philanthropic values after switching careers. An offshoot of AVL City Church, AVL City Care focuses on connecting people with tangible ways to serve and volunteer.

As an entrepreneur, Ferrin finds himself focusing on the fun part of the business too often. He has imaginative ideas for escape room design, but doesn’t always think about the nuts and bolts of it all. Luckily, he’s balanced by his wife and her more sensible approach. This balance in personality types inspired their business name: the fox is thoughtful, clever, and logic-oriented while the playful otter uses their hands to figure things out through trial and error. Fox N Otter escape rooms are designed for couples and groups with both types of problem-solvers.

Ferrin tries to make the escape rooms exciting and risk-based while still being family-friendly, As a result, Fox N Otter has hosted many corporate team-building groups. Although this was not part of the original business plan, Ferrin says it’s a result of their complex rooms and the unique feature of an observation room. They allow managers or parents to watch puzzlers inside, which is interesting from a psychological and workplace standpoint.

Ferrin found AVL City Church, a small Christian church in South Asheville. What made them different from other churches, he believes, is their mission to grow but only truly and with deeply spiritual folks. Their ministry is based on love and trying to give back and effect change in the community. AVL City Care began as an effort to make an Impact as individuals and empower people to serve in different places by directing people to existing nonprofits.

The COVID season influenced their plans, and redirected their focus. Since many organizations don’t want new in-person volunteers, especially since they could infect the current (often elderly) volunteers, they had to revise tactics. AVL City Care launched this year after many years of planning. Ferrin volunteered to maintain their web and community presence consistently to uphold their commitment.

Instead of trying to form a new nonprofit, they decided to serve existing ones. AVL City Care links tasks you’re already doing. For example: the next time you’re shopping, pick up an extra package of paper towels for My Daddy Taught Me That. Or donate your like-new child’s new swimsuits from last year to the YMCA swim program. These are small things that could save a life or improve a situation, and collectively can make a large impact. Ferrin’s group finds out the nonprofit’s needs, formulates an action plan, informs their network, and provides a dropoff point.

Since so many people are struggling to make ends meet due to the shutdown and unemployment, AVL City Care found methods to give in a benevolent way that meets needs without a large investment of time or money.

How do they choose which nonprofits to partner with? Ferrin learned a lot while working in social services in the Asheville area, but also does research of the CEO, board, and leaders. He wants to partner with ones that are treating people with dignity and respect, uphold safety and sanitation standards in their procedures, and truly care about the people they help.

But the most important aspect is gauging if they are effective at what they’re doing. Asheville is very eclectic, and AVL City Care looks for agencies with a track record of doing right by the community. “They get it.”

On example is Veteran’s Healing Farm in the Hendersonville area. The folks there are helping veterans with PTSD by having them work on a farm, then donating the bounty. Volunteering in person there is more accessible now, since it’s outdoor work. Ferrin and his group found that the farm also needs wide-mouth jars, so he began a campaign to collect those.

They have also worked with Western Carolina Rescue Mission and discovered that one of their huge costs is laundry. An AVL City Care campaign was born, and volunteers purchased an extra bottle or two of detergent when shopping for themselves. Soon, volunteers drove a truck loaded with laundry soap to the WNC Mission, making an immense impact through the small acts of many individuals.

Ferrin continues to work with organizations to find needs to fulfill with shelf-stable items and actually helps people and provides dignity along the way. He imagines himself looking through the eyes of Jesus, treating everyone with the same reverence.

Giving, Ferrin says, comes down to being aware of and intentional about your contribution to the world and the future. It can be overwhelming, and you will wonder if it’s making a difference. Give to the things you’re passionate about and have a personal connection to. This can help you see the significance. When it resonates with your spirit, you become personally connected to that cause. You’ll be giving a piece of your heart.

Is philanthropy essential? Ferrin believes in an intentional creator who designed each person for a purpose. But we need to learn what that is individually, which can take a lifetime. And once you determine your purpose, or get close to it, you have to decide how and what to give. Simply share what you have now? Set up a percentage of income to donate every year?

It’s important to avoid burnout or the feeling that your gift is meaningless. To minimize that feeling, examine the charity, even if you’ve been giving to it for a long time. Evaluate if they’re still committed to what your heart is committed to. Call them on the phone, and ask how you can serve them. Visit, even try them out. Talk to volunteers. You should also look at the numbers and see how much of the funds they raise go to admin costs versus directly to those in need. Ferrin says that 3-9% for admin costs is amazing.

Start giving when you’re young. Teach your kids to help those in need. You may even examine your finances and decide what percentage of income you can live without. Make an intentional step to giving your time and resources in a progressive way.

To get started, you can join the AVL City Care group on Facebook. Ferrin has some fun projects as well as philanthropy planned. Give back — share what you can with those who have less.

Asset Protection, Liability, and Insurance For You and Your Real Estate