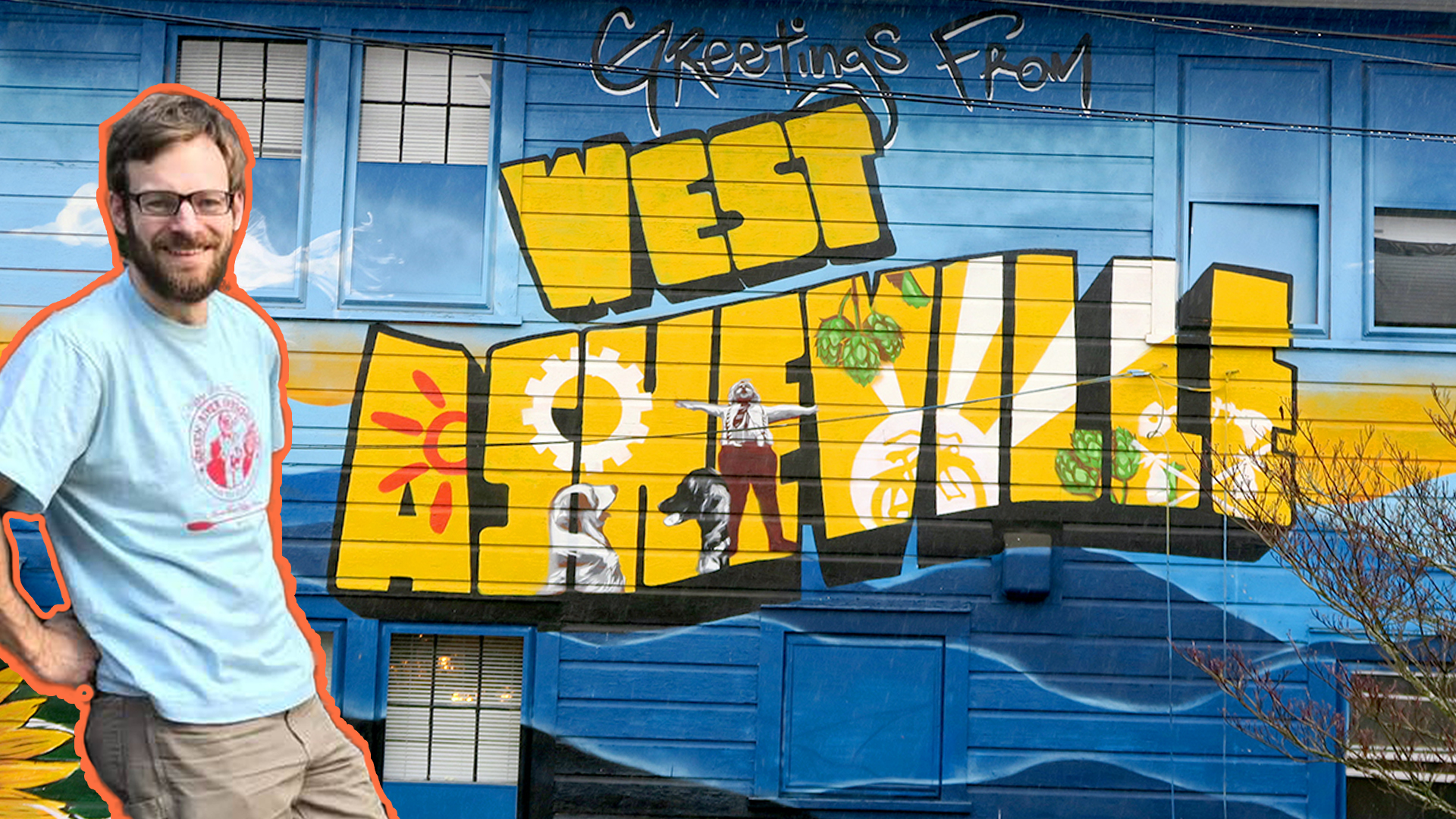 Can you replace your day job with rental income? West Asheville resident Crom Carey did just that. As a real estate entrepreneur, he used a long and steady approach to grow his career. He now makes his entire income from rental properties and is enjoying his new flexible lifestyle.

Crom moved to Asheville from Knoxville, Tennessee, 8 years ago, and began working at a kayak manufacturer. As an avid outdoors enthusiast, this was a great job with a wonderful company. However, Crom soon discovered he wanted more.

When his roommate bought a house, Crom caught the real estate bug. He had heard that a high percentage of millionaires build wealth through rental income and owning properties, so he decided to buy one house per year for five years. This wasn’t to get away from his day job – Crom was thinking of his own financial future. He was going for a steady income build for the long term, not making huge windfall deals.

He bought his personal home in 2016 and it was such a smooth process that he bought the house across the street 9 months later. Since he knew the layout of the home and was friends with the occupants, he stuck to what he was familiar with for that first rental property.

A little over a year after getting into buying homes in his West Asheville neighborhood, Crom realized that his process was working and could be a full-time gig. Over time, he had worked out how to support himself with a rental income. He says it’s not rocket science – you just need a great property management team. He left his day job to focus on real estate in 2019.

Crom learned and grew his business organically, learning as he went. He likes to tinker and work on homes, and understands the construction side. He approached it from a millennial standpoint, using tech tools to simplify the process, downloading an online lease template and accepting rental income payments via Venmo. Even if you’re not an expert, you can make it work financially.

However, Crom worried that he wasn’t diversifying in location. Four of his homes are within the same part of West Asheville, in a 6-house radius. He worried about issues like infrastructure changes, like if the state expands the highway into the neighborhood. Luckily, it remains a solid market and a popular area, and he feels confident about it.

Beyond Rental Income: Fix and Flips

Crom has since expanded his expertise and tried the fix-and-flip process. He was able to work on the entire process from managing the rehab crew to selling and negotiating contracts, and really enjoyed it. It’s not a perfect process, he says, but you can make a quick return. Crom learned that he can flip to sell, adding income easily to help with his next investment. With his new fix and flip skills, he can now buy homes to rehab and rent for a higher price.

How does he keep learning? Crom never stops talking about real estate. He talks to as many people as possible about the industry and gains information and connections that way. People will recommend a podcast, a book, a person he should talk to, or a networking event, and that leads to more success.

Despite some small adventures, like buying a property that came with three live pigs in the backyard, Crom is thriving. He feels like he was destined to be self-employed and enjoys the flexibility & freedom and setting schedule. Although he realizes he takes on extra tasks outside of normal hours and sometimes has trouble stopping work, he has the freedom to focus on passion projects and hobbies. In addition to kayaking, he’s getting back into mountain biking. Crom can also indulge his love of live music, traveling around the country to attend concerts with friends.

If this is something you’re interested in, it’s way more tangible than you’d think. Dig a little into the resources available, even if you think you can afford to invest in real estate.

To connect with Crom Carey, look him up on social media!

DEVELOP THE DISCIPLINE OF SAVING TO ACHIEVE YOUR GOALS | AREN 89

Start A Business And Succeed

Asheville Coworking: Has its time come for the Western N.C. market?