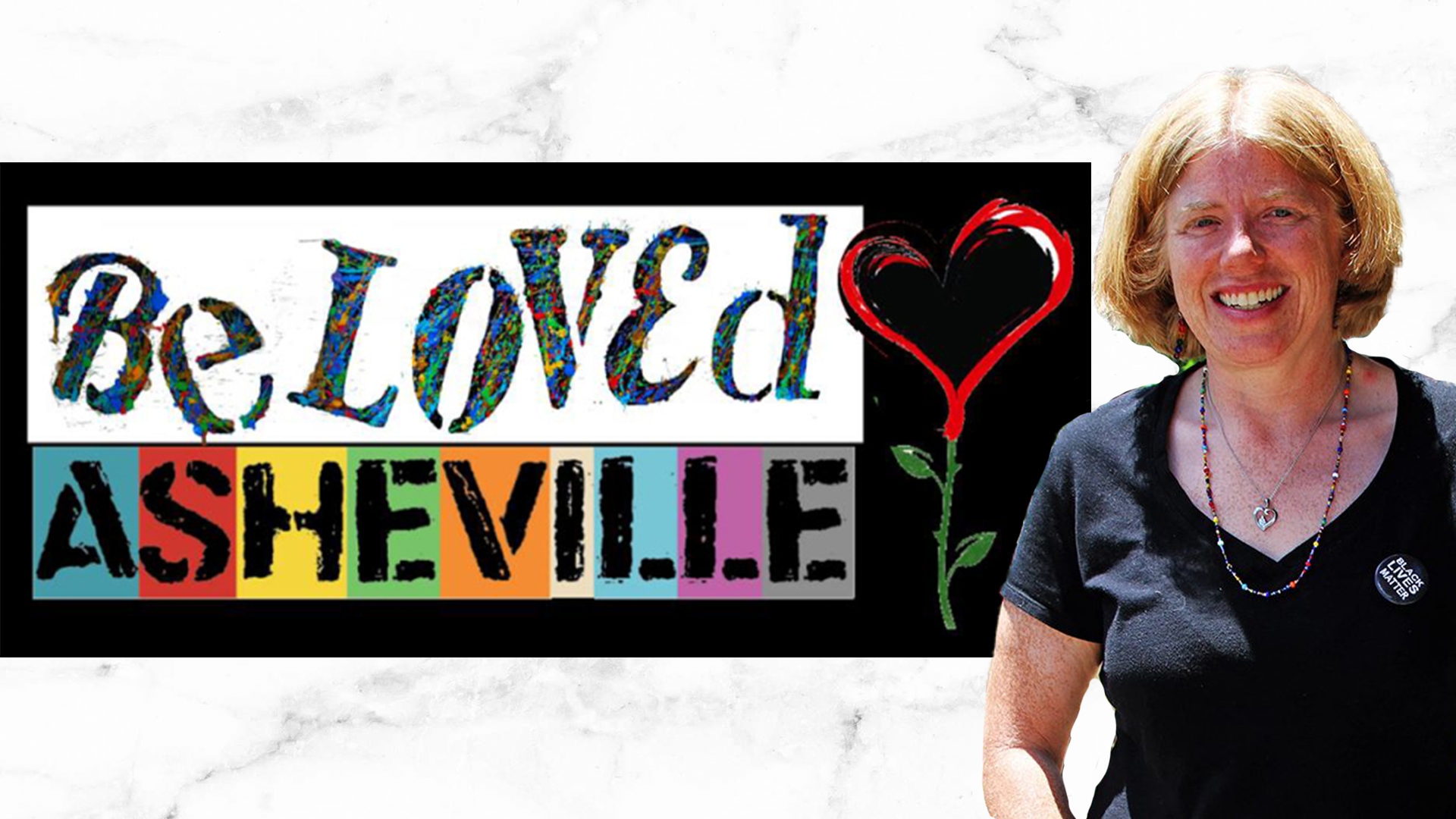 Asheville is lucky enough to have a number of organizations fighting hard to solve the housing crisis and its associated problems.  One of those organizations is BeLoved Asheville, which is dedicated to community building and the empowerment of those who struggle financially in our city. To help us learn more about BeLoved’s mission and projects as well as to shed some light on the challenges faced by our community, Amy Cantrell and Ponkho Bermejo, co-directors of BeLoved Asheville, joined us in the Asheville Real Estate News studio.

Most anyone who’s lived or spent significant time in Asheville within the past several years is aware that, much like many other growing cities and tourist destinations, we have a housing crisis on our hands.  From sky-high rent prices and suboptimal public housing to outright homelessness, living in Asheville can be less than achievable for those earning low wages. And, in a tourism economy that thrives largely because of service industry jobs that typical pay relatively poorly, the disconnect between housing costs and wages is compounded.

To set the tone for our conversation, Cantrell provided a brief background on BeLoved Asheville.  The organization has been in existence for 10 years, and, she says, really began on the ground with building relationships with people struggling with homelessness, poverty, racism, and other related issues.  She and her two co-founders, Bermejo and Adrienne Sigmon, began their work as community builders by recognizing that Asheville is in many ways a segregated city. The question they had to ask, then, was “how do we begin to reknit people and neighborhoods back together and form a very strong and resilient community?”

To answer that question, BeLoved looked to the community it had begun to work with – oftentimes, Cantrell points out, the best solutions to problems come from those experience those problems.  She and her co-founders wanted to create a space in which people were able to listen to and support one another in building community, and in which they were provided with the tools and resources needed to do so.  In short, she says, she and her organization sought to work with the community in order to “create…transformation through both public policy work and innovative solution work.”

For Bermejo, a major aspect of that effort is to constantly be “checking the pulse of the community.”  He and his co-founders know the community, he says, and are always looking for ways to strengthen it by identifying problems and seeing what can be done to resolve them.  One of the best ways in which to identify those problems, Cantrell says, is to work with the full community, including community elders. In doing so, she and her team have been able to create novel, unique programs unlike those being implemented anywhere else.  “We love pioneering solutions,” she says, citing a free farmers’ market and Asheville’s street medic team. Furthermore, she says, by working with the entire community BeLoved is able to help people, especially youth, embrace and claim identity and see how people who look like them are making the community a better and stronger place.

While BeLoved’s community-building efforts may have begun on the streets, they now have the opportunity to move into a physical space through the development of a tiny home community in East Asheville.  This has been a somewhat tricky endeavor, Cantrell says, given that most real estate is profit-building, but through the donation of an initial piece of land and the utilization of skilled labor available in the community that vision is quickly becoming a reality.  “We have people with incredible skills,” she says, and a lot of very skilled people have donated their time and expertise to the project. Many of those people, according to Cantrell, belong to the demographic that she and her team are targeting with this community – BeLoved works with people who really struggle to find housing in the current market, she says, and when asked about their struggles “the first thing we heard…was ‘we can’t afford affordable housing.’”

For that reason, BeLoved aims to make its tiny home community not just affordable but deeply affordable.  Most “affordable” housing in Asheville, Cantrell says, is priced for people that make 80% of area median income (AMI), or around $40,000 per year.  Occasionally, housing will be available for those making 60% of AMI. But, she says, most of the people affected by the housing crisis only make about 30% of AMI, around $12-15,000 per year, which equates to a full-time minimum-wage job.  The 12 micro-homes that will be a part of this initial model community, each around 440 square feet, will be targeted towards community members at that 30% AMI mark.

And, because Cantrell and Bermejo heard community members saying that they not only couldn’t afford housing but that the type of housing being offered to them wasn’t the type of housing that they wanted, the tiny home community will be designed to feel “like a village,” or a community with a support system.  Unlike other “affordable” and public housing projects, this community won’t force people into locations out of reach of public transportation or crammed together into high-rise spaces; instead, it will offer spaces that feel like home and have dignity.

That, ultimately, is what BeLoved’s mission is all about – building community and, in doing so, providing the members of that community with the empowerment, dignity, and respect that they and all people deserve.

To learn more about BeLoved Asheville, its projects and mission, and how to get involved, visit BeLovedAsheville.com, call 828-242-8261, or email BeLovedAsheville@gmail.com.