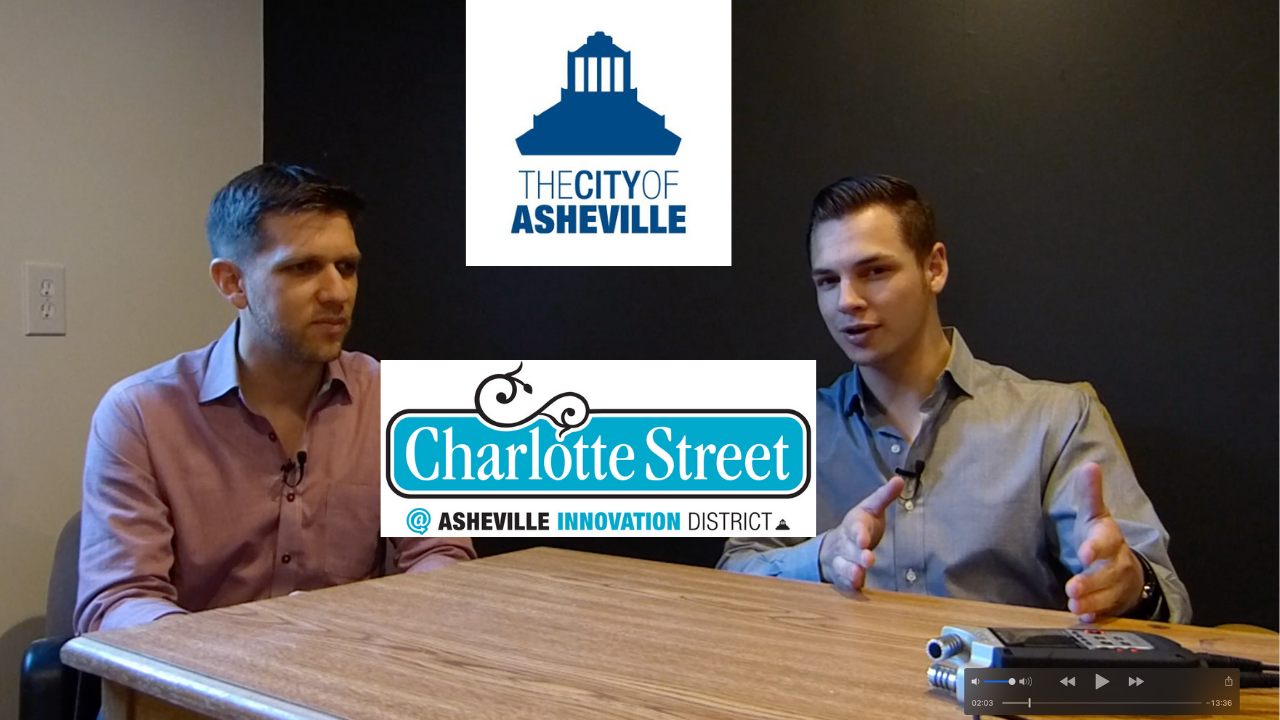 As anyone who frequents the area knows, Charlotte Street adjacent to and north of downtown can be a bear.  Trying to turn left – or navigate around others attempting to do so – can be daunting at best, and dangerous at worst.  To many, the obvious solution might seem to be a widening of the road – more lanes, after all, could only serve to decrease congestion, right?  According to the city, that logic may be less than sound and the exact opposite might be true. A “road diet” has been proposed for the street, which would reduce the number of lanes, provide space for left-hand turns, and improve safety and convenience for pedestrians and bicyclists.  To explore the progress and potential of the Charlotte Street renovation project, Asheville Real Estate News’ own Rodrigo and Nolan sat down to discuss the most recent public meeting, proposed plans, and more!

There are, really, two separate portions of the proposed renovations – the North and South sides.  On the North Side of town, extending from Beaumont north, the road diet proper will be implemented.  Currently, this stretch of Charlotte Street consists of two lanes in either direction, with no middle turn lane.  The proposed plans would reduce traffic in each direction to a single lane but would add a dedicated middle turn lane as well as a bike lane on each side of the street.  According to the city, this will serve to not only reduce traffic but also make the area more efficient and friendly for pedestrians and cyclists.

To the South, from Beaumont south to where Biltmore Avenue begins, the plans for Charlotte Street look a bit different.  Much of this area consists of city-owned land, including the Public Works Department, the Department of Sanitation, and several other government buildings.  The city plans to redevelop a significant portion of that space, which will require them to move many of the offices that are currently in place.

Another aspect of the southside plans is an affordable housing development, which is sorely needed in the central Asheville area.  With around 1,200 people moving to Asheville every year, affordable housing becomes more and more essential and less and less common.  The usual rule for affordable housing – that 30% of one’s income should go towards housing – doesn’t seem to apply in Asheville; on an average salary, an Asheville resident should expect to pay $995 per month for housing.  In reality, the average rent is about $1,150 per month. That’s a significant difference, and the South Charlotte Street development seeks to help remedy it. The development, which will include about 500 units, mostly rentals but potentially including some affordable condos and retail space as well, will raise the density of housing in the area and contribute to a better balance between housing and the people looking for it.  Also, the city is looking to build a community – not only do they want to build housing, but they also want to build a neighborhood. The goal is to ultimately create a walkable community in which residents could access everything they needed without necessarily having access to or a need for a vehicle.

To the Asheville Real Estate News team, there appears to be an intentional and conscious effort on the part of the city to keep the best interests of the community in mind and to include the community in discussions and planning for the project by offering plenty of opportunities for them to provide feedback, especially if they live and work on Charlotte Street.  This meeting, at least, felt well-planned and prepared for – the city was willing and able to answer questions from the attendees and presented a complicated and often difficult issue smoothly and with both composure and compassion.

To find out more about the proposed Charlotte Street renovations and how you can get involved, visit: Ashevillenc.gov/departments/community/strategic_development_office/charlotte_street.htm.