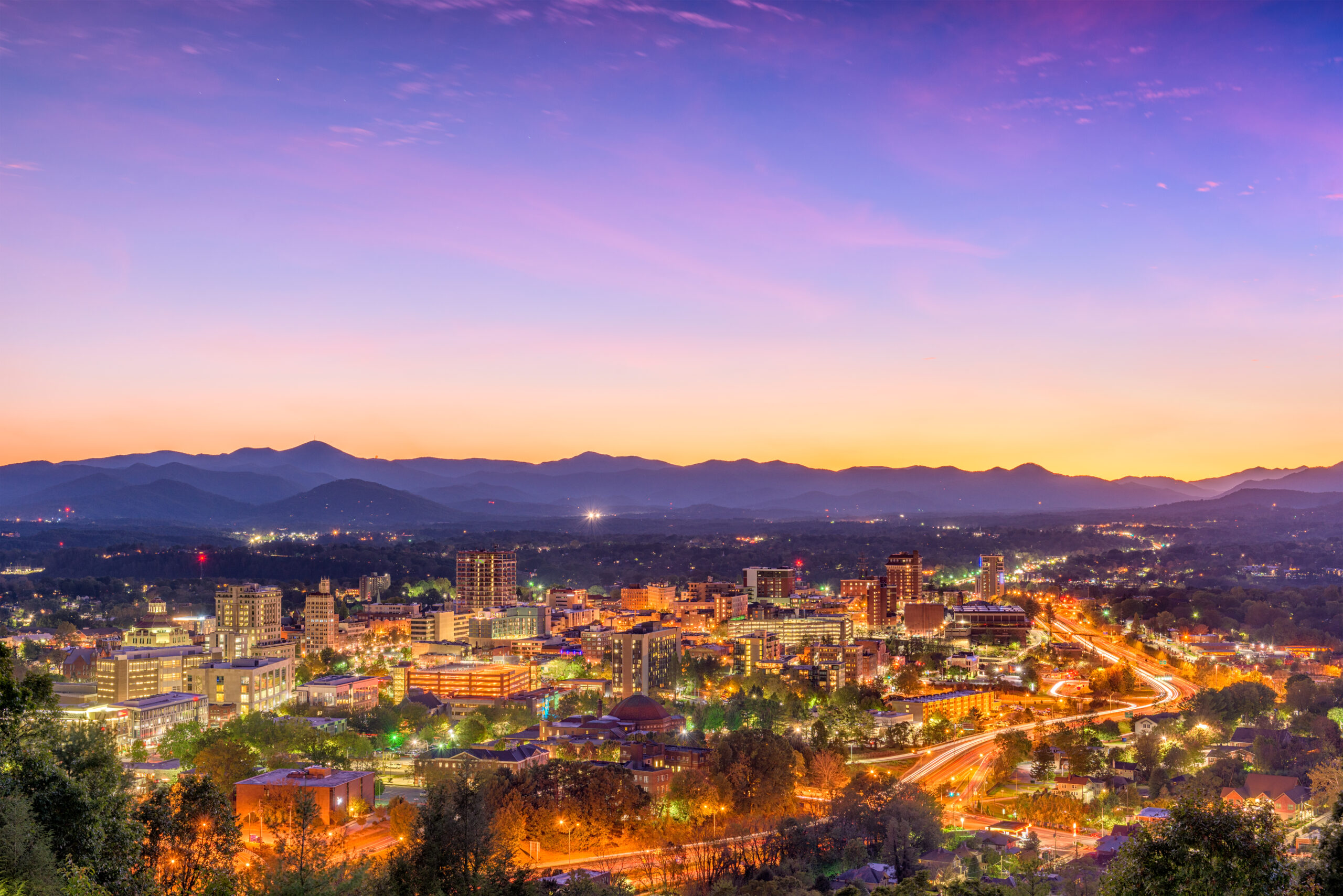 Almost 300 years ago, Daniel Defoe wrote of the inevitability of two things: death and taxes. Homeowners across the United States pay taxes based upon the assessed value of their property, though it’s fair to say that many couldn’t readily tell you just how much they pay on an annual basis. Part of the reason is that most homeowners in the U.S. – 66%, according to the latest figures from ATTOM Data Research – have a mortgage on their home.
And for many (but certainly not all) mortgage holders, there’s an escrow set up. That escrow – compiled from an additional fee tacked on to the monthly payment – collects monies to be paid annually to both homeowner’s insurance and to taxing authorities. As a result, while the amount paid for property tax isn’t hidden, it’s not something that many homeowners pay directly out of pocket.
Property taxes vary widely across the country. The U.S. Census Bureau reports that in 2019, the average household in the United States pays approximately $2,279 in annual property taxes. According to research compiled by WalletHub, Hawaii – a state with the highest cost-of-living index in the country – has the lowest effective real-estate tax rate, a minuscule 0.27%. (It’s worth noting that in real dollars, that still represents more than $1,500 tax on a home priced at the state’s median value of over $500,000).
At the other end of the scale, New Jersey features the highest property tax rate, currently at 2.44%. For a median-priced home in the Garden State (that’s $321,000), property taxes run just a shade under $8,000 a year. New Jersey’s cost of living is the tenth-highest in the nation, comparable with other states in the Northeast (Maine, Vermont, Rhode Island, Connecticut).
North Carolina falls midway on both measures. Ranked #29 on an ordered list of state property taxes, its annual property tax rates average about 0.86%. For a median-priced home in the Tar Heel State ($161,000), that works out to about $1,378 annually. North Carolina’s cost of living average ranks #31 out of the 50 states.
But while North Carolina’s cost of living index statewide is 94.0 – with 100.0 set as the national average – it’s significantly higher in Buncombe County. The BestPlaces website reports that Buncombe County’s index is 114.3; if it were compared to states, the county would rank between Washington and Maine, and only a few points below New Jersey. And because the largest component of that cost is housing – the median home price in Buncombe County is more than $288,000 (nearly as high as New York State’s $293k), homeowners end up spending a significant portion of their earnings on the taxes on that housing. 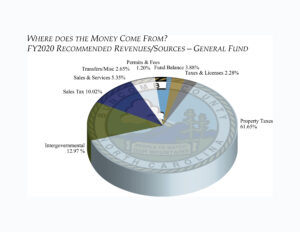 Buncombe County property tax is calculated based on the assessed value of a property (land parcel plus the building). The state law in North Carolina requires that assessed value is to correspond with market value on January 1 of each reappraisal year. Notwithstanding exemptions, the current property tax rate in Buncombe County is $0.529 per $100 in assessed value. That means that for a home of $288,000 median value, the annual tax bill would come to about $1,523.
It’s important to note that residents living inside the Asheville city limits pay an additional city tax (0.4289%, or $1,235 for a median-valued home), and homes inside the Asheville City Schools District are assessed a tax of 0.5489% (about $1,580 in this example). But Buncombe County is not the governing authority for those taxes, nor does it administer funds acquired from them. 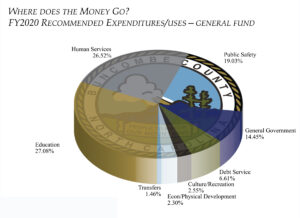 Where do Buncombe County property tax funds go?
Even less known to the average homeowner is where that money actually goes. But Buncombe County government – like all municipal and county governing agencies – provides a clear picture of its budget.
As recommended, the Fiscal 2020 budget for Buncombe County is $453,430,943. Buncombe County’s fiscal year begins July 1; prior to the start of each fiscal year, the County Manager submits a recommended General Fund Budget. According to the public document Recommended Annual Budget in Brief for the Fiscal Year Ending June 30, 2020, that budget is “prepared in accordance with The North Carolina Budget and Fiscal Control Act and provides funding to maintain Buncombe County’s quality services.”
Newly-hired County Manager Avril M. Pinder also notes in her opening message that the budget is designed to advance the strategic priorities of the county’s elected Board of Commissioners. Describing the budgetary process as “a balancing act,” Pinder asserts that the “budgeting journey lays the foundation for how [county government] operates(s) and what the public can expect from us.”

Established priorities
As enumerated in a resolution approved in December 2017, the Board of Commissioners’ strategic goals focus on six areas. Funding for initiatives that address those priorities are part of the county’s main operating fund, known as the General Fund. The 2020 budget total – $334.5 million – represents a 3.27% increase over the previous year; the Budget in Brief explains that nearly all of the increase is attributable to “aligning with… strategic priorities and new positions.”
As published, the stated priorities are affordable housing (representing approximately $3.8 million, or about 0.8% of the budget total), clean and renewable energy ($350,000), a diverse community workforce (just under $1.7 million, or less than 0.4%), early childhood education ($3.6 million or 0.7%), justice resource support ($1.5 million, or about 0.3%) and opioid awareness (about $962,000, or roughly 0.2%).
The Budget in Brief goes into detail concerning the expenditures recommended for Fiscal 2020. Core services – defined by the Budget in Brief as education, human services and public safety – consume 72.6% ($242.9 million) of the General Fund. 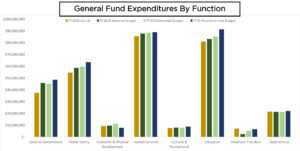 Education
Buncombe County’s education budget represents about $90.6 million, or 27.08% of the General Fund’s budget. According to the Budget in Brief, that figure breaks down to roughly $68,052,371 for Buncombe County Schools, about $12.6 million for Asheville City Schools (“for continued investment in locally funded positions, behavioral health, and utility rate increases”), roughly $6.8 million for A-B Tech Community College, and $3.6 million allocated to Early Childhood Education. The total figure represents an increase of about 7.4% over the education portion of the 2019 budget. Another way of looking at that $90.6 million for education is as about $412 out of that theoretical median-price home’s tax bill.

Human services
For Fiscal 2020, the Buncombe County Commissioners’ planned budget allocates 26.52% of the General Fund for Human Services, the second-largest slice of the pie. With a planned budget of just under $89 million, the Human Services portion provides funding for the county’s Social Services and Public Health divisions. Viewed as a portion of our example assessed at $288,000, Buncombe County’s budgeted Human Services expenditures will account for about $404 of the property’s tax burden in the Fiscal Year 2020.

Public safety
Just over 19% of the county’s General Fund is specified for Public Safety. Totaling approximately $43.6 million, the figure also includes about $776,000 to provide for ten new positions in patrol and detention. The total breaks down to just under $291 in our median-priced tax bill example.

Other expenditures
According to the Budget in Brief, costs associated with running the county Government total 14.45% of the General Fund, about $48.3 million. The remaining slices of the pie for Buncombe County’s recommended Fiscal 2020 Budget are comparatively thin. Debt service accounts for 6.61%, or just over $22 million. Culture and recreation expenditures not covered elsewhere total 2.55%, or $8.5 million. Economic and physical development costs add up to 2.3% (about $7.7 million) and the remainder – 1.46%, or $4.9 million – represents transfers. All together, these items add up to a little over 27% of the Buncombe County homeowner’s tax burden, or about $417.

How does it compare?
Because of all the factors involved, it’s difficult (and potentially misleading) to attempt an apples-to-apples comparison between the budget of one county and another. But for illustrative purposes, Buncombe County’s budget can be viewed in comparison with the budget of a similarly-sized North Carolina county. New Hanover County occupies significantly less land than does Buncombe (328 square miles compared to 660 square miles), but the populations of the counties are similar, and both counties are home to metropolitan areas (Asheville and Wilmington). New Hanover County’s General Fund for Fiscal Year 2020 is $399 million, 19% higher than Buncombe’s $334.5 million figure. New Hanover’s property tax rate is $0.555 per $100 of value, 2.6¢ higher than Buncombe’s rate. For the median-priced home used as our example, that would mean a theoretical property tax bill of $1,598, or $75 more than a homeowner would pay in Buncombe County.
Though property owners have seen increased value assessment, arguably those are in line with increases in market value that have occurred post-recovery from the Great Recession of 2007-2009. In recent years, property tax rates have remained constant or risen only slightly. 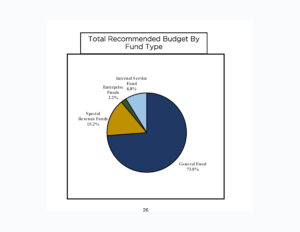 DIRECT MAIL FOR YOUR BUSINESS | AREN 122