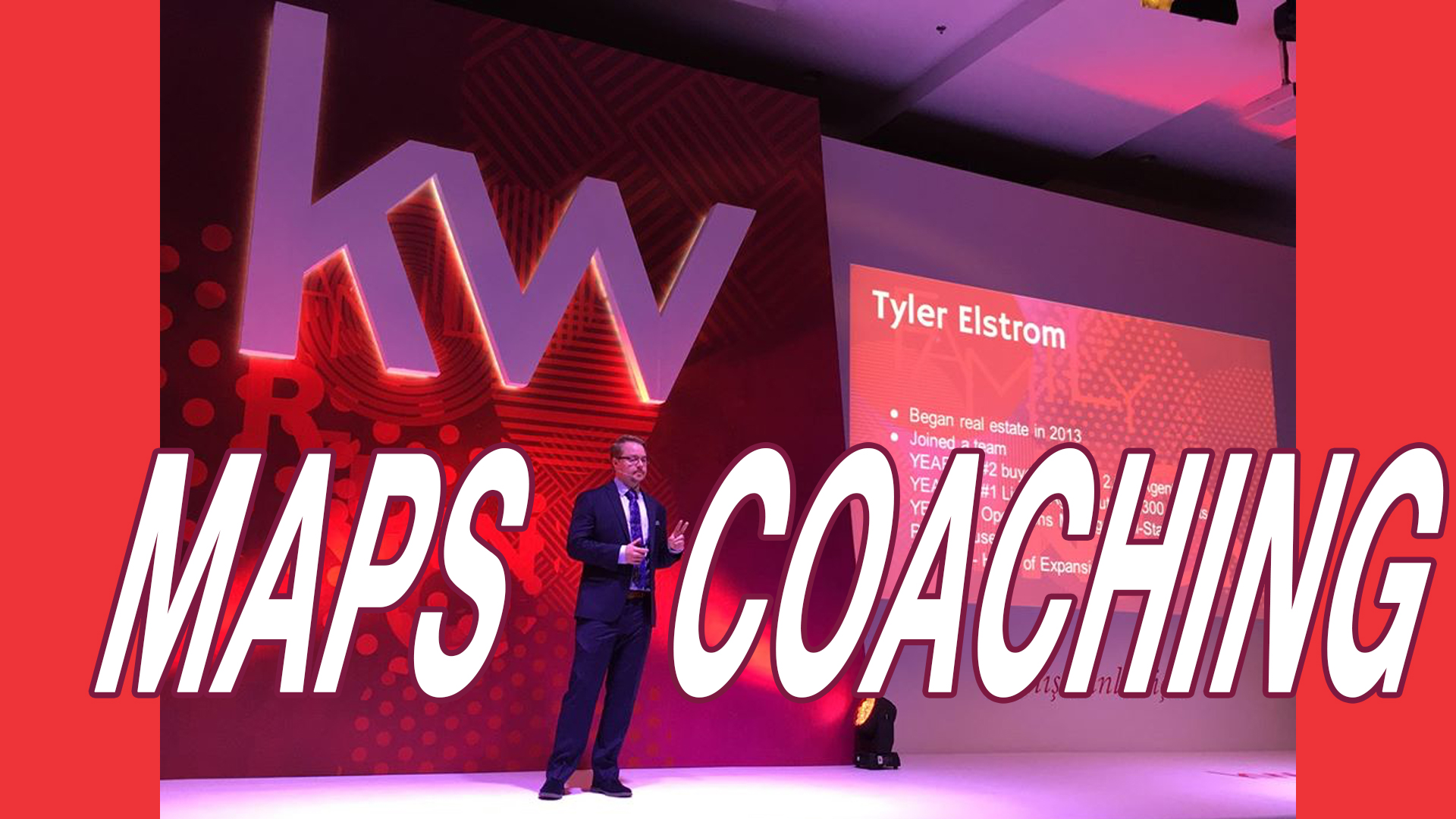 Tyler Elstrom, a Keller Williams MAPS coach in Asheville, NC, doesn’t claim to have all the answers. He simply asks the right questions.

Getting to the top

Tyler began his real estate career as an agent, hustling hard for sales. He quickly rose to the top once he partnered with Keller Williams. But he didn’t always have a wealth-building mindset. He was once a midwestern kid who dreamed of playing professional soccer, a kid who was ingrained with middle-class beliefs. Now, he coaches real estate agents to build wealth and grow exponentially, and he worked hard physically and mentally to get there.

After moving to Asheville from North Dakota as a teen, playing Division 1 soccer in college and working in the mental health field, Tyler read the book Rich Dad, Poor Dad. That inspired him to become a real estate agent, and he took classes and got his license.

And sold nothing for six months.

His savings exhausted, Tyler joined the Keller Williams team in Asheville. He went in with the attitude of knowing nothing, a blank slate. By following Keller Williams’ systems to the letter, Tyler became #1 in buyer sales in the area that same year. Soon, he moved up to run the team, then led as operations manager, opening satellite offices. Along with great team-building successes, he also failed many times. Ultimately, Tyler found his “joy zone” in acting in a consultant role for agents, coaching them.

The big names in the KW world tapped Tyler to be the keynote speaker at an event in Turkey, and Tyler has worked directly with Gary Keller at another speaking engagement. His success, he says, is due to perfecting goal setting and lead generation and having accountability to his team.

Since Tyler was new to the industry, he trusted others and followed their lead to get started. Jeff Stewart was one of his mentors and leaders who still inspires Tyler. Tyler loved the environment at Keller Williams in downtown Asheville, and he went in with nothing and took good advice from Gary Keller’s book and the KW rules.

However, Tyler worked alone and didn’t know how to be on a team. He was competitive at first and wanted to win, racing to the top. Then, he had a buyer that regretted their purchase. A couple who wanted to buy their retirement home had buyer’s remorse, and he knew he’d rushed them. That crushed Tyler. The couple was stuck with a property that didn’t work for them. That moment, he realized he couldn’t simply go by the book and look at numbers alone – he had to make personal connections.

Tyler tossed the scripts and worked with empathy from then on. His team helped him, and he helped them. That interpersonal connection and collaboration, he now knows, is vital and makes all the difference.

Because Tyler grew up conditioned to think that rich people are bad, he was uncomfortable with his growing wealth. He is currently working with a coach on his subconscious resistance. He’s focusing on wealth-building without shame and having confidence in himself.

Like with selling homes, Tyler had to become open and honest, working with others to improve authentically.

What does a Keller Williams MAPS Coach do?

Tyler loves being a coach and sharing the keys to success with agents and teams. In order to justify paying a coach, you need to look at your budget. Follow a system and examine the numbers. Gary Keller says every investment should net a 3x return. Ask for statistics on ROI from the coach – they should be keeping data to share with you. Coaching needs to work for you, and it will if it’s the right coach and you make a commitment.

Time blocking is a skill in which you allocate certain tasks to certain times of the day to stay productive. Tyler used a spreadsheet broken into 30-min segments and color-codes it. To get into practice, he suggests you schedule just the morning, a single hour, or an even smaller increment of time to get started. Follow that schedule for three weeks or you’re following it 100%, then add some more blocked time. Make it a habit. Make sure to schedule a break every 90 minutes and walk, have a snack, or drink some water. Just start with 30 minutes or a “power hour,” don’t get discouraged.

If you’re only going to focus on one activity to time block, Tyler suggests lead generation. That’s the one task that will create the most revenue for real estate professionals. Your coach can track numbers, so if you miss one day of lead generation, the coach can tell you how much money you lost.

The 80/20 principle states that 20% of our efforts produce 80% of our results. Tyler helps clients find out what is their 20% – which actions are the most vital to the bottom line, then how to allocate time to include more of that action. He breaks down goal numbers, and coaches people to follow and execute a plan. “It’s simple but not easy,” Tyler says.

As a Keller Williams MAPS coach, Tyler doesn’t answer questions. If a coach gives you the answers and isn’t teaching them how to find them, that’s not a good coach. When his clients ask detailed questions, he breaks it down and answers with more questions. This compels his clients to look within and examine the details within their own unique situation. The experience of properly finding those answers, he says, is incredibly valuable.

Tyler will continue coaching, and hopes to become a leader for other coaches. With increasing technology and automation, he’ll assist agents in offering top-notch customer experiences to stay relevant. He then hopes to retire early and travel overseas as a motivational speaker.