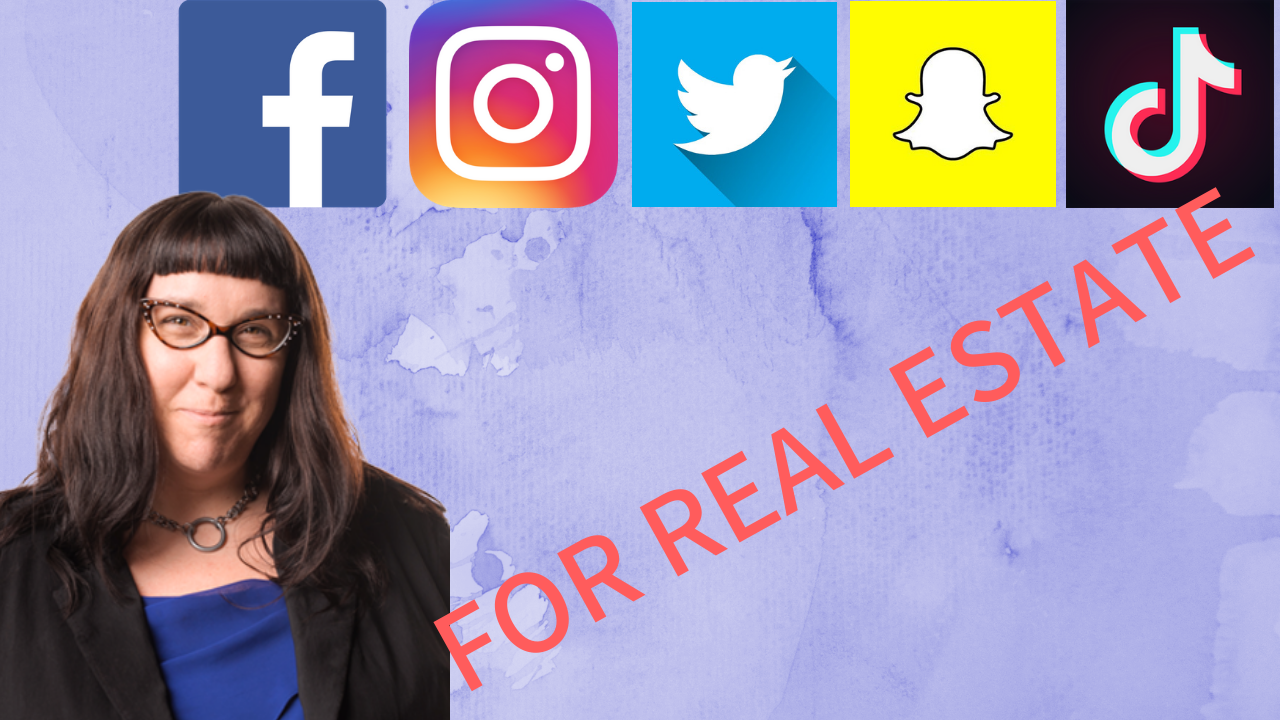 In 2018, social media is king.  Facebook boasts a usership of over 2.25 billion – including 75% of American adults – and other platforms like Twitter and Instagram have become cultural mainstays in many parts of the world.  And, while there can be cons to staying constantly plugged in, the social media phenomenon can be a major boon for real estate investors and others looking to grow a brand. Sarah Benoit, co-founder and lead instructor of the JB Media Institute, aims to help teach individuals and organizations how to leverage social media to grow their brands and businesses.

Benoit, who has been in Asheville for nearly twenty years, found herself working in social media and search engine optimization somewhat by happenstance.  “I’m what I like to refer to as an accidental entrepreneur,” she says, describing how she discovered her knack for technology, branding, and marketing, and how she fell into an opportunity to start an SEO company after being laid off from her previous job  “Social media was really in its infancy then,” she says, and she was able to work with it as it developed, harnessing it as the distribution factor for a variety of branding, marketing, and advertising.

As Benoit taught herself how to utilize social media, she began to see where gaps existed in the educational material available to her online.  This led her to begin teaching seminars of her own in 2006, helping to fill in those gaps and offer a more comprehensive and effective educational tool for individuals and businesses hoping to harness the power of social media.

This is a pursuit that has become ever more challenging, Benoit says; she sees the past twenty years as “the age of experience,” with a current movement towards “the age of the individual.”  Technology and everything that it conveys is becoming more personalized, she says, largely because there is so much information available. There is something for everyone, and it’s critically important for businesses to sort through that information and target it specifically to their audiences.

With that in mind, the task of individualizing content to every member of an audience can seem insurmountable.  For Benoit, the solution is in determining who exactly should comprise a given audience. “I think the first place you have to start is ‘who do you want to spend your time with?’” she says.  Within the realm of real estate, for example, targeted social media content might look very different for an audience of buyers and sellers than it would for one of the agents. “You’re essentially selling yourself.  Who do you want to be in a room with?” Benoit asserts that the goal should be to attract the people that we bond and resonate with because we will naturally be more successful when working with people with whom we connect.

Once an audience has been identified, the next step is actually getting started with social media.  Above all else, Benoit says that anyone wanting to market themselves or their business through social media should have a highly usable, engaging website.  If they don’t, even the snappiest of ads will be unsuccessful – if someone is interested enough in an advertisement to click through to the company’s website, they need to find the website just as engaging as the ad.   And, while SEO may not be the most effective pathway for new and small business that are likely to get swallowed up in search engines by major companies, especially in an industry like real estate, social media “gives you that great opportunity to build the connections you already have.”  For that reason, Benoit advocates for beginners focusing their budget and time less on SEO and more on authentic social media connections.

“If you can get people to have a conversation,” she says, “you can win.”  Even where it may be next to impossible for an independent agent to outrank a national company in search results, that individual can work their way to the top of, for example, Facebook’s news feed.  Facebook identifies meaningful conversations on content and boosts that content higher in the news feeds.

Starting those conversations can, of course, be easier said than done.  One problem that people have with social media, according to Benoit, is that they try to speak very professionally when discussing their work.   Most target audiences, however, are not professionals in the field and want a personable experience that they can connect with rather than a stiff, academic lesson.  You have to give people a really good reason to interrupt what they’re doing and click on an ad, Benoit says, and you have to make sure that what they find on the other end is personally relatable and just as interesting as the ad that made them click in the first place.

To see this done well, Benoit suggests looking at people with strong, active followings on social media platforms, even if they don’t necessarily have huge budgets – what the big companies with big budgets are doing may not be realistic for someone just getting started, so it’s important to look for role models, so to speak, whose social media styles you can practically emulate.  In general, Benoit says, the individuals who are able to cultivate large followings without spending big on marketing and advertising do so by connecting with their followers on a personal level. Put in the effort to interact with people and make them feel heard, she says, and the world of social media is your oyster.

To find out more about how social media can help grow your business and brand, visit JBMediaInstitue.com.  To connect with Sarah Benoit, find her on all platforms @SarahDBenoit.